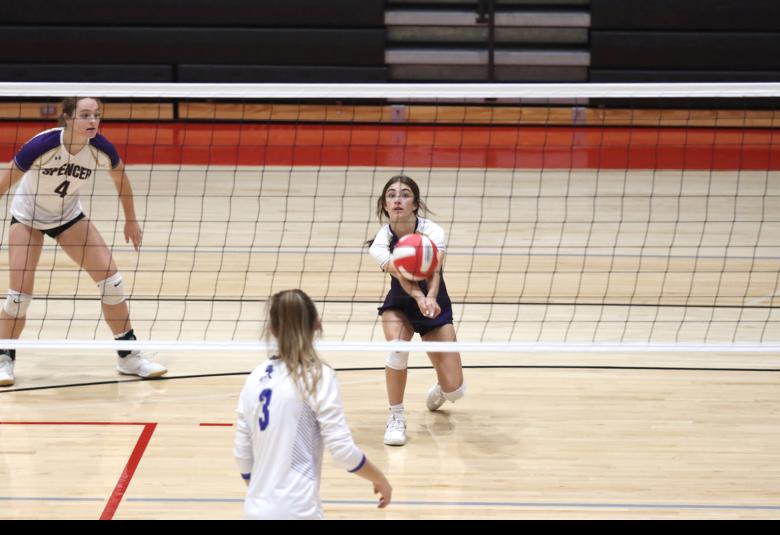 ALGONA — On Saturday the Spencer volleyball team traveled for their last regular season games in Algona at the Algona tournament. Spencer would face Algona, Lake Mills, Gladbrook Reinbeck, Forest City and Saint Edmonds. They would only pull out one victory on the day against the St. Edmonds. The girls would get shut out in three of the matches not winning a set. Losing 2-0 to Forest City, Algona and Gladbrook Reinbeck.