General Fund revenue for the state continued to come in strong, as tax receipts in May were 43.6% higher than what the state collected in May 2021. While some of this increase is attributable a variety of tax filing deadlines falling on a weekend at the end of April, the strong revenue number continues the state on a path to collect more revenue than what the Revenue Estimating Conference projected. 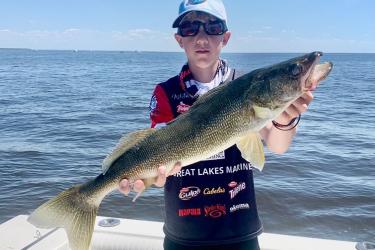 Opinions 13 June 2022
Outdoors: Getting ready for a guided fishing trip

Since I was a kid growing up (probably around age 4) in north-central South Dakota, I’ve been fishing. It just kind of came naturally because my dad and mom enjoyed fishing. To begin with, it was a short 4-mile trip to Turtle Creek to catch bullheads! Well, now at age 74, I’m still at it, and so are my son and grandson. 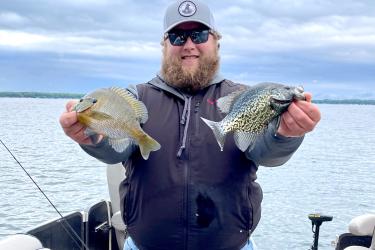 What a great time of year this is. We’ve had some good rains, everything is lush and green, the flowers are blooming, and the crops are off to a good start. Water levels on smaller sloughs and ponds are up, and Big Spirit has started to fill. It’s gained well over a foot since its low point this spring, and as of last weekend, it was about 10 inches below the spillway.

When I think back about the people that I’ve had the privilege to share a boat with, there are some similarities in their personalities. Many of the most successful anglers have been very curious. They’re always wondering what if and why. Why are the fish where they are, and what if I used this bait instead of that bait? 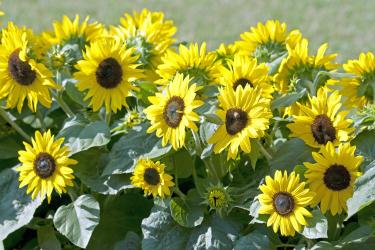 Don’t worry if you have already spent most of your plant budget for the year. Fill voids in your gardens and containers with heat tolerant annuals planted from seeds directly in the garden.

Zinnia and marigolds are traditional favorites often started from seeds planted directly in the garden. These germinate quickly and begin flowering in about eight weeks.

When I first began my admittedly (so far) brief career in journalism, it was in the shadow of a county-level primary election. Back then, I hardly could care about politics, to the point I wrote a column titled "Political atheist."

But of course, one can't avoid the topic of politics in this line of work, and later that same year I felt as though things had become so polarized that anyone hoping to pull someone off the fence would actually end up pushing them onto the other side. 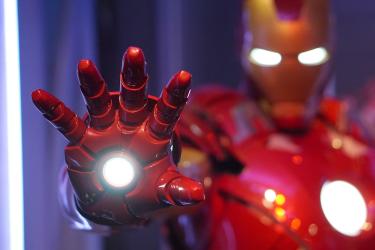 Without much to review this week ahead of the third “Jurassic World” release this weekend, I thought I would do a little categorizing and prepare a list of my top 10, all-time favorite superhero films. Yes, it’s true, I embrace my comic book fandom. Growing up, I always had a collection of new 25-cent stories to read as we traveled. For many years I moved a collection of close to 5,000 wrapped and boarded books in my collection.

Opinions 9 June 2022
The CommStock Report: Flashback to one of the best days of my life

Every so often I write about something not directly market related. I went to see the recently released movie “Top Gun: Maverick” twice and I must not have been alone because it had the smallest drop off in box office receipts from its opening weekend ever for such a movie. I think that I will watch it again sometime as it takes me to a place that I find thrilling.

Iowa is known for its Maid-Rites, a restaurant chain that originated in Iowa and has been in place for nearly one hundred years. Customers watch as the red-plaid aproned waitress uses a large ice cream scoop to load steaming, finely ground hamburger meat onto a bottom bun, flip on the top bun, and efficiently wraps the sandwich in a square paper that also serves as a plate.

A quotation that keeps percolating in my mind the last few weeks is Aristotle’s “What is the essence of life? To serve others and do good.”

Three hundred grand, that’s what qualifying anglers will be fishing for Oct. 20-22 at the Mr. Crappie Invitational Crappie Classic Tournament in Branson, Missouri. The winning angler will take home $100,000 cash.

Opinions 6 June 2022
One Man’s Perspective: There’s something fishy about them bees

After spending the past two years listening to the manta: “Follow the science,” imagine my surprise last week when a California District Court mandated Americans do just the opposite in the name of a dying species.

Apparently, the court has ruled a select group of bumblebees are now legally fish. Hmmm. 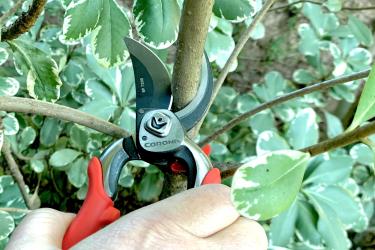 Bring your overgrown lilacs, forsythia, mock orange, pieris and other spring flowering shrubs down to size while maintaining their natural beauty and spring floral display.

June 1 marked our kickoff to summer camps. We have over 20 camps scheduled for the summer that cover a variety of interests and are open to all youth. Our first camp was Babysitting Basics which provides babysitter training along with basic first aid and CPR training to youth in fourth grade and older. Upcoming camps include outdoor activities with Clay County Conservation, Hands on Art camps with Arts on Grand, kitchen and baking classes, science camps, craft camps and many more.

The simple sound of the “gong” sends chills up and down the spines of children of the '80s, The striking lo of the simple tone means only one thing in 2022 — a returns trip on the highway to the danger zone with everyone’s favorite anti-authority Naval combat fighter pilot, Capt. Pete Maverick, call name, “Maverick.” Get ready to laugh, cry, cheer and sit on the edge of your seat.